County Assembly of Kitui Hon Speaker George Ndotto on Friday led Members of the County Assembly committees on an inspection mission of Kitui County government projects done over the lapsed period of one and a half years.

The Assembly on its third day of this oversight role has visited Mitamisyi Hospital in Ngomeni ward, lower eastern culture and heritage centre Museum in Tseikuru Ward and Kyuso Vocational centre in Kyuso Ward. Other Wards visited include Mumoni, Tharaka, Waita, Kivou and Mwingi central.

Key among the issues raised by Kitui County citizenry in the areas visited are: provision of adequate water, need for more drugs in dispensaries, diagnostic machines, additional staff, construction and equipping of maternity wings. 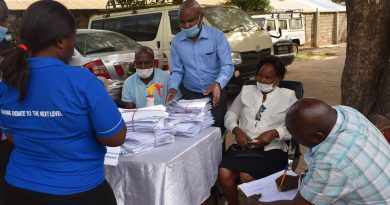 PUBLIC PARTICIPATION ON NOTICE OF MOTION ON REMOVAL OF GOVERNOR 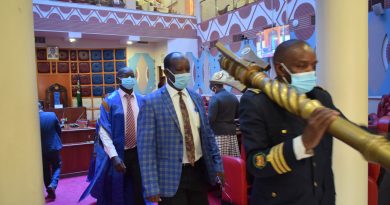 Welfare and Engagement of workers at the Kitui County Textile Centre (KICOTEC).