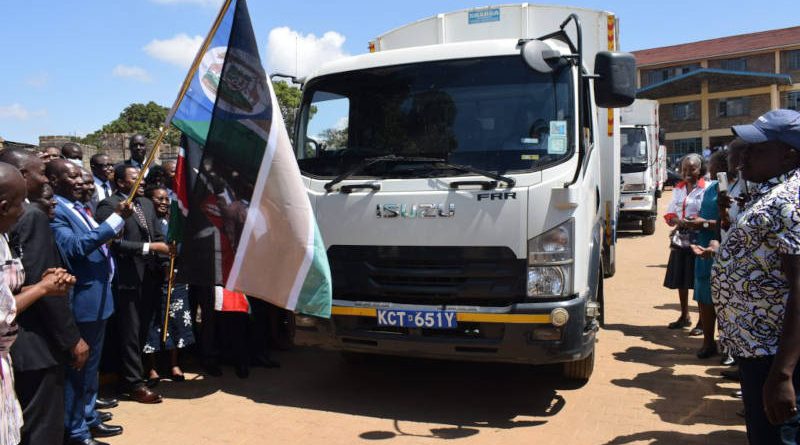 The Speaker of the County Assembly of Kitui Hon. Kevin Kinengo Katisya has this morning joined His Excellency the Governor of Kitui Dr. Julius Malombe in flagging off of drugs and non-pharmaceuticals to hospitals and other health facilities across the county.

The function which was held at the Kitui County Referral Hospital in Kitui town saw the governor release a consignment of 23 trucks of drugs and other medical items valued at Kshs 108 million.

The Speaker who was accompanied by a section of MCAs led by the Leader of the Majority party Hon. Harrison Maluki Mawia (Migwani Ward) lauded the governor for the initiative which he termed as timely.

“I believe that this programme will be beneficial to the people; Members are complaining that their people in the villages are suffering because of lack of drugs,” Hon. Katisya said.

He reassured of his unwavering support through the Assembly to ensure the governor delivers on his mandate and the promises he and the Members of the County Assembly made to Mwananchi.

On his part Dr. Malombe reiterated his sentiments that he gave during his inaugural address when he officially opened the Third County Assembly on Tuesday last week on promoting public health.

“Going forward, we should also give priority to promotive and preventive healthcare,” the governor asserted.

He added: “We need to do all what is within our mandate to ensure we prevent the citizenry from contracting diseases.   The county boss was flanked by his executive officials led by the Deputy Governor Augustine Wambua Kanani and the County Executive Committee Member for Health and Sanitation Ms. Winnie Kitetu among others 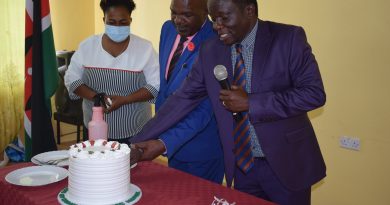 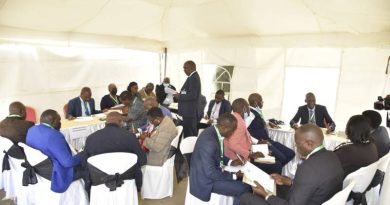